I handled my gain with the stoicism of one of those furry headed soldiers who guards Buckingham Palace; I didn't flinch a bit. While I would love the rest of my journey to be a slope like this \ and not something that looks like Lombard Street, I'm super ok with this 6/10ths of a pound. 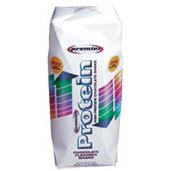 Today the fam and I went to Costco and I finally bought some of the Premier Protein shakes that so many wls folk  are just coo-coo about.  It's 20something for an 18 pack and and really think that it was money well spent. Its packs a protein punch of 30grams and the 11 oz shake has only 160 calories. It has a far better mouth feel than the watery EAS chocolate shakes I was slamming down a few weeks ago and they have a rich chocolatey flavor that makes the EAS shake look like the wimpy kid on the playground. I'm tellin you, if these two shakes were ever to have a fight, the EAS shake would be limping away with a busted lip, a few missing teeth, and couple of bruised ribs. This is an ass kicking of EPIC proportions.  The one minus is that they are only available in chocolate and I am a vanilla girl. Having said that though, this is a chocolate shake that I actually enjoy.  I can say that I give this protein shake 2 snaps, a twist, and a kiss.