VSG surgery 157 the shirt is not a lie

a little lower than yesterday.

When I was fat nobody ever wanted me to say that I was fat. "Oh you're not fat, that's just baby weight." or "You're not fat, you're just big." or "You're not fat, you just gained weight." They would say ANYTHING other than the dreaded ""F" word. I think that people who love you don't want to say that you're fat, because fat isn't just a descriptive term the same way that tall, or short, or brunette is. Its a word charged with so many other negative connotations .
Fat is lazy.
Fat is unlovable.
Fat is unattractive.
Fat is unmotivated.
Fat is weakness.
Fat is a lot of un's.
I think that when people who love you say that you're not fat, they aren't denying your excess poundage or your girth, I think that they're saying that you're not any of the other stuff that is attached to it. 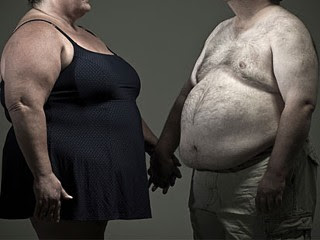 Apparently fat is pale, loves too be in front of puce colored backdrops and MUST wear the most unflattering clothes....if any at all. SMH.

Well, though Bessie part deux is being an absolute assclown, I'm still shrinking. I didn't think that I was even when those around me, parents and PT, keep insisting that I am. Today, I put on a shirt that I bought not even a month ago and its fitting a lot looser than when I bought it. I've worn the shirt quite a few times, but looking in the mirror today it really hit me in the face. I don't look any smaller to myself, but I know that I must be shrinking because clothes don't just suddenly get bigger. There isn't a magic clothes fairy that goes into my closet and lets out the seams on all of my garments. Well there is one, but that tramp doesn't work for free. My ass can't spare any extra money for a wee, winged creature to flitter about my closet messing up stuff. The evil scale genie  knows an incantation to conjure up one of these little closet nymphs and for the low cost of 299.99 I can send you the evil scale genie and if you act now, all of his chicanery is FREE, that's right FREE if you only pay shipping and handling.
Well, I'm gonna ship my butt into this kitchen so that I can handle all of these dishes from the big meal that I cooked.