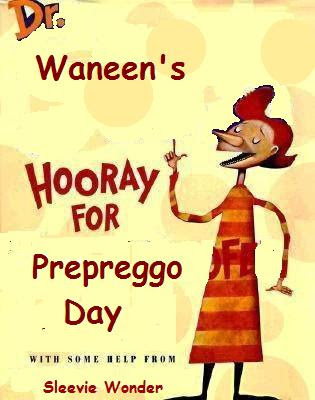 ?? On the day of all days, I still managed to forget my weight. I actually did hit it yesterday, but its wasn't my official first-thing-in-the-morning-right-after-i-pee weight so it wasn't officially official official. I even took a second weight today that was even lower than my official weight, so it finally looks like everything is back on track. I'm So Excited that I could be doing the Neutron Dance while Dancing on the Ceiling in my New Shoes. Instead, I'm sitting here on my ever decreasing rump banging out a blog post. Its probably better that way. The last time I tried dancing on the ceiling there were dogs yelping, grown men crying, and sections of my living room floor that got up, walked out and said, "I quit this bitch."
Not. Pretty.
I couldn't let such a monumentally momentous moment pass by without making a commemorative blog post so there it is.