There have been so many things that have happened since the last time I talked to you guys and I don't even know where to start. There was the funeral, lots of stuff with The Kid, my atrocious eating, losing weight even with that atrocious eating, TOPS drama, reflux redux, and a ton of other stuff. There was so much cluttering my brain that it paralyzed me and I wasn't able to write yesterday. I wanted to, I just couldn't make it happen. So here I go trying to get my groove back. 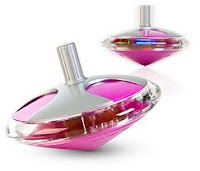 I took off work yesterday so that I could make a TOPS meeting because I hadn't been there in damn near a month and I have some sort of demented loyalty to the group. PT came in wiped out from dealing with crazy kids at work and he went right to sleep just as I was about to leave. At that point there were three options, and leaving a three year old basically home alone just wasn't in the realm of possibility. And because I hadn't been in so long and I'd taken off work, I figured that I would just go and take him with me. I packed him up a bag full of trains and tracks and we hit the road


Shortly after I got there, he laid out his tracks just before the meeting started and he was humming one of his favorite songs. He wasn't being disruptive and he was in another part of the room, but one of those old bats shushed him and it was loud and rude as fuck. I heard it when it happened. He ran over to me, told me that he was sad and that he couldn't play with his trains. I kinda nudged him over there and told him that it was ok.

I'd dealt with this same thing before, and I refused to feel that way again. I stood up and I said, " I know that yall might not be used to having kids here, but he isn't bothering anyone. I would appreciate it if you would all keep in mind that he is a 3 year old and that he will not behave like a 30 year old. He is as well behaved as he is going to be and you or anyone else cannot expect him to sit there and not utter a peep at all."
The president retorted with, " Well were not supposed to have kids here at all." They went into some bullshit about the bylaws and I was like, " You know what, I'll leave." There was one member who said, " Jackie, just let her stay," but that went in one ear and out the other with nary a reply from her. I went over to the box in which I'd just placed my dues, plucked them out, and I just left. No dramatic, queeny, egress. I just left.

After I got home, I called Jackie and told her just how upset I was. Once again she went into something about bylaws AND how the national chapter doesn't allow kids AND how one lady DID have a disruptive child AND how as a group they decided that this wasn't something that they would bend on AND a shit ton of other shit that went into one of my ears and out the other. I didn't want to hear one more "AND" come out of her mouth! I told her, " First off, I took off of work to be here tonight AND I'm not worried about other people and their kids. I'm worried about how uncomfortable my child and I were made to feel. The whole group is like 60-90 so I AM the only one with a kid. The group picks and chooses which bylaws to adhere to anyway, so yall can miss me with all of that BS! Before I joined this TOPS group, there was one that I went to before The Kid was a year old and he went to every meeting with me and there was never a problem. Anyway, I'm just letting you know that I won't be coming back."  I wasn't rude, but I did let her know that I thought she was a bitch and that was that.

There are a few ladies that I will miss, but overall, I don't feel really bad about it.  My schedule is really busy, I'm losing weight whether I go to TOPS or not, and to be honest, I never really felt like part of the group.

Well this is just about long enough, so I'll have to tell you about all of the other stuff tomorrow.