#VSG surgery The Beast and the sty

??7.8   one pound down from my highest posted weight last week.

I think I'm getting The Crud. I've been having some throat pain, sneezing, my inner ears are itchy, I have that nasty sinus drip that makes your belly feel uneasy. UGHK. Whatever it is, I hope that it's very mild, I really don't wanna be sick right now.  In addition to that, last night I felt like I had grit in my eye, but this morning I found out what the gritty feeling was; I for sure have a sty right now, that's not a question at all.

Ok, back from my physical therapy session.

I just ate some boneless wings waaaaay too fast, and I'm gonna be paying for it probably before I even finish this blog entry. I know better, I really do, but sometimes The Beast just takes over. My stomach is uneasy, my esophagus is backed up, and it just feels all kinds of wrong. *sigh*There is a daily struggle to stay the course, do the right thing, and it's not easy. Surgery was easy. But this, this right here, it's not. 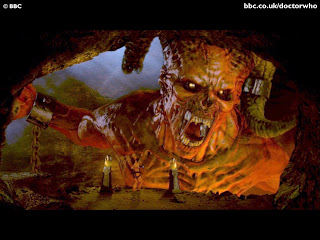 I see so many Pollyannas, so many people proclaiming "50 POUNDS GONE FOREVER!!!!!"  or " I'm NEVER gonna eat that again." I see a lot of people who think that WLS has somehow "fixed" them. The truth is, for me, and I think for most of us that the surgery just tames The Beast. Even on a short leash, you still have to handle him with kid gloves and have your wits about you at all time. Just because he hasn't pounced, it doesn't mean that he won't pounce. I know that my beast is wily and streetwise. I dropped him off in another part of town, and he was gone for a few weeks, but like that damned cat

, he came back. My beast always comes back.
I don't want to come off as anti-Pollyanna, a Negative Nelly, or anything like that because Lord knows I've done my share of wishing and hoping. I've said before that I signed up for the Magic VSG, I just got stuck with this one. And since my VSG isn't magic, I'm trying and hoping to make the best of the one I've got.