I was going through a green light minding my own business ( just like last time) and I was in another fucking accident in my new car. So new that we've only made one payment on it and it still has paper plates. *sigh*

Here's one you won't believe. I got subpoenaed on Friday to appear in a court case tomorrow 150 miles away. Procrastination, no? Its so absurd that I'm on the verge of hysterical craughing? laughying? cr-laughing?

The case that I'm testifying in is one that is full of a lot of hurt and emotion for me. I've known Jay since we were 16 and the man ,Despicable, he was living with was supposed to be a father figure to him. It turns out that Despicable took advantage of my broken friend and made him his boyfriend. Despicable was old enough to know better and we were too young to know that it was way bigger than us. 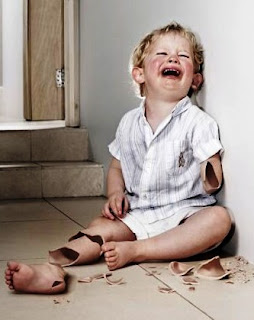 Despicable is not just despicable because he preyed on my broken friend, because there is so much more to it than that.

Once Jay decided to try to break away from him years later, he chased him around town, embarrassed him in front of his friends by telling people that they were lovers, called the police on him, n short just made his life a living hell. Even the people in Jay's circle, including a girl with whom I'm still good friends with to this day, weren't spared Despicable's wrath. He tried to fight her, he harassed me on my phone, followed me around town, told people that I was a whore who took his man, and because he couldn't have two whores after his man, she was dubbed the jealous lesbian. I filed harassment charges on him and had to call the police on more than one occasion. It was the most unsettling time in my life.

Then Jay turned his back on us.

That hurt more than anything that Despicable could have ever done.

Years passed by and in 2007 I was reading the news and I saw Despicable in the newspaper for molesting a 16 yr old boy. I immediately called the detective on the case and told them everything that I knew about what he'd done to Jay.
On Friday I got a call from the DA telling me that I needed to come to court to testify. What!? I was a wreck and everything just came rushing back to me.But just as soon as the anger and resentment reared, it dissipated in an instant and I just needed to talk to Jay.

He told me that all how knew how to do was run. He was hurt and embarrassed for me and he didn't want me to be hurt because his life was a shitstorm. Then he told me that he always appreciated me for being there with him in the trenches, but there was nothing that he could say or do to ever make it ok, so he ran.


And after more than 8 years of not talking to him, I understood. It wasn't something that I could understand then, but now I know-there are some monsters that are so big that love just isn't enough.

On a slightly lighter note, my friend and I used to sing "Goodbye Earl" at karaoke but we'd sub in Despicable's name. I can actually smile about that.

There's a lot more to tell, but I've said more than enough for now. I have to go to therapy, talk to the lawyer, call my insurance, call his insurance, make arrangements to get to the trial with the DA, and lots of other stuff. If you don't hear from me for a few days, you know where I am.