Can I have permission to die today? Not just permission to die, but to kill myself. I just want to die in spectacular, teenage, angst riddled glory. I want to die in dramatic fuckery, lying on a bearskin rug, surrounded by letters I've written to all of my adoring fans, clutching an empty bottle of benzodiazapene in one hand and a bottle of Wild Irish Rose in the other. Then, Old American County Mutual, you'll be sorry. Sorry that you're the pos insurance company that you are.

Apparently they can take as long as they want to determine liability and there is nothing that can be done about it. As long as they "say" they're "working on it" its all perfectly ok. Its not ok! We're out of pocket stuck paying the deductible until they decide that they want to pay up. That's a lot of money that we don't have. But you know what? They're gonna be out of a lot more when they pay for the custom dye jobs for the pink elephants that will be ferrying people back and forth to my funeral. 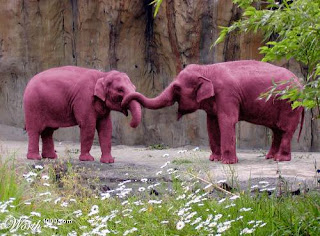 All of this just feels so wrong and I feel like I want to explode. The settlement for the car almost covers everything we owe on the car. But because Old American County Mutual is a bottomless pit dwelling, son of a motherless and toothless ogre whore, we are on hook for the deductible, too. Did I mention that we don't have a car? You know that minor thing. That one teeny weenie detail. UGH! Anyway, if you can't find me a headstone shaped like a cake, a cake shaped like a headstone will do just as well.

But I do have a piece of good news! I was ranting and raving yesterday about that article in "Shine" magazine that had the misinformation in it and I told you that I wasn't through making phone calls. Weeeell, I spoke with Tammy Beaumont, the Director of the Methodist Weight Management Institute and she couldn't have been more supportive of my argument. As soon as I got on the phone, the first words out of her mouth were, "You're absolutely right!" She told me that she would take steps to insure the integrity of the information in future issues and invited me to attend some of the support group meetings. *swoon* I think I love this woman. She was very pleasant and we talked on the phone for a few minutes as if we were old friend....like those two elephants in the picture.
By the power vested in me by Sir Duke Sleevie Wonder, Knight of the Octagonal Table, Prince of Cake, President of the United States of Dallas, Heir to the throne of Guamia, I hereby declare Methodist Health Systems absolved of all wrongness.

Anyway if somebody wants to give me an alibi for tonight when I crawl in the window of Old American County Mutual...never mind.