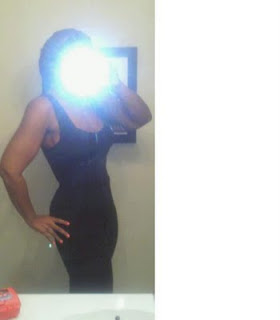 I've been in Onederland for a while now...months. The day that I reached it, I posted about it in my super, secret, spy group-with pictures!!-but I just didn't feel like blogging about it. It was very exciting, but I guess I didn't want to get too riled up about weighing 199.something. Actually, it was more of me not wanting you guys to get too excited for me only for me to wake up on the other side of 200 the next day. It sounds harsh, but I didn't want to feel like a fraud.

Being under 200 is such a HUGE deal that I didn't want to make an announcement until I was sure that I was done straddling it.

SOOOOO here it is today, MY BIG ANNOUNCEMENT!


I am in Onederland.
Hopefully to stay.