Yesterday I woke up to the rain drumming on the roof and the wind whispering to the cold telling it to come under the crack in the garage door and into my house. I cranked up the electric blanket, feebly attempting to ward off the conspiratorial acts of the wind and rain and little body insulation. This triumvirate of chilliness bore down one me and I figured it was best a make a retreat to a room with carpeted floors and a little better insulation.

On the way, I reached into the pantry to grab one of my favorite RTD protein shakes and I popped it open, drinking it as I shuffled down the hallway. I hadn't made it all the way to the room, when I tinge of nausea reared its head in my belly. "Oh, shit," I thought to myself. "Well, maybe I just need to get this taste out of my mouth. Let me have a few of these fruit snacks that The Kid just randomly left in the room." (Everybody knows that you need an excuse to eat fruit snacks) Well, I noshed greedily on the artificially colored, cartoon shaped, high fructose nuggets but surprisingly (or not), much to my chagrin, the little suckers didn't work.
The little tinge of nausea wasn't so little anymore.
It was a living breathing organism surging in my belly.
-Like a whole bunch of tiny bugs moving in sync-
a semisentient, zombie colony with one unified goal- GETTING THE HELL UP OUTTA MY BODY!

Somebody turned the spigot in my mouth and jammed the damn thing! All I could do was lean over the sink and pray to Porcelareus, God of the Loo. For me, the nausea is way worse than the actual evacuation of the stomach contents, so I begged to just get it over with.

I heaved and hurled the slightly curdled shake out of my body, but that wasn't the worst part.

You know how delicious chocolate is when its rolling around your palate, coating your taste buds with rich decadence.
Sinfully, achingly, good.

Take the inverse of that, and that's how awfully, terrifically, fuckedly, gross chocolate is coming back up the other way.
Sinfully, achingly, HORRIFIC!

I'm more serious than a heart attack when I tell you that chocolate has to be the WORST THING IN THE KNOWN UNIVERSE TO THROW UP!!!! AND YES I AM USING ALL CAPS CAUSE ITS THAT SERIOUS!!!!!  I'm certain that the only thing worse is actual shit.

The taste of the chocolate coming back up was enough to cause a cascade of muscle spasm inducing dry heaves. Oh God, my eyes are watering just talking about it. I really think I gotta stop talking about it. The phantom taste of upchucked chocolate is making me a little...ugh...yeah.

Fage Greek Yogurt and my Sleeve


I haven't forgotten about the drawing for my Google Friend Connect Peeps. I've been busy, busy, with my mother in law in town. As far as mothers-in-law go, she's a good one, but I'm not sure there is such a thing as a stress free m-i-l visit. 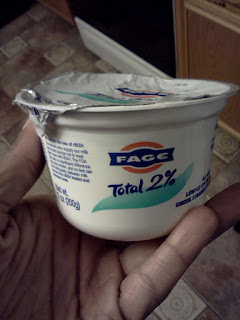 Sooooooo, I was in Target today meandering aimlessly in the food section. We didn't really need anything, it was just an outing for my mother in law, so I was just kinda wandering around. Picking up this, reading that, audibly gasping at the price of that!?....I finally made my way to the dairy section and my nosy eyes kept a-moving until they happened upon the Greek yogurt.
I've tried it before, and I wasn't something that made my tastebuds tingle. Well, it did, but not in a good way. To me, it tasted like eating spoonfuls of sour cream............. Wait! ding! ding! ding! ding!......... That's when a lightbulb went off!
I said to myself, "Self, you don't dislike sour cream just cause you can't eat it by the spoonful. You like it in dips, on your tacos. Self, you've got to look at Greek yogurt in a different way!"
You don't hate mustard cause it sucks as a pasta sauce and you don't hate KY, wait you do hate KY, its Astroglide that you love. Anyway, back to the dairy section...You know what I'm getting at.
So I picked up the 2%, cause you know ya girl don't do fat free. Not my dairy, not my meat, not my anything. The only thing I do fat free is fruit. Anyway, the 7 ounce portion size was just enough that it wouldn't be a waste if I decided to give it a flying scissor kick right up outta my kitchen AND at 99 cents, I didn't have to dip into my bbq fund to get it.
So tonight, I sliced up a Pink Lady apple, the best apple ever created and dipped it into the yogurt. I've got to say, it was pretty freaking good.! The apple was just sweet enough and the yogurt was just tart enough and the marriage of the two was as wonderful as Kim and Kris. Well maybe marriage isn't the best term. But to make a short story even shorter, if you don't like Greek yogurt, try it with something else. You might be surprised.

A little gift for my Google Friend Connect peeps... 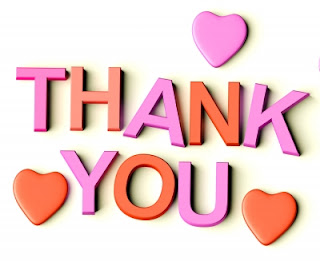 No tweeting, no incessant posting all over the interwebs will be necessary for your extra chances to win. The only thing you need to do to get extra entries to this giveaway, is to be a follower. Comment on this post to be entered and tell me if you're new follower or you've been around the block with me.

3 entries-commenting as a triple og, platinium certified, ride or die, Bonnie and Clyde follower since the early days of Sleevie Wonder...or since 1/12/2012 at 11:00

eta. Oh yeah, if you're a subscriber, you get the same benefits as the GFC peeps. :)

Tell me how many entries you get.


I've been doing really well with my low carbing. I have been on a debauched carnivorous rampage, dispatching every single piece of beef that comes my way. Like a ravenous lion, if it oinks, moos, or clucks, I have been all on it.

I've been a egg eatin, bbq beastin, steak slurping, chicken wing KILLER since New Years Day. I haven't had this much motivation for protein power since Atkins himself was alive. So why...

AM I NOT LOSING THE WEIGHT I WANT TO LOSE????

Ugh! I'd like to blame Bessie, but in this rare moment of clarity, I realize that

she's just the messenger.(Maybe this moment of clarity is actually more of a moment of "broke" and I know that I can't afford a new scale.) I'm happy that I'm still in onderland and I know that these few pounds really don't mean a thing, but that's just the rational side of my dichotomy talking. I say "just the rational side" as dismissively as one might say "Oh that's just the crazy cat lady. Pay those braless, water balloon, titties no mind. She aaalways breastfeeds the kittens." The Rational doesn't mean shit. It's the Crazy that's the trouble.

We all need a little of The Crazy to help keep ourselves balanced. If your clothes ARE too tight, sometimes a touch of The Crazy can spur you to action. If you've gained 15 lbs, a smidge of the crazy can be just enough of the kick in the ass you need. The problem with the crazy is that it can easily become unbalanced and you don't always know where the line is. Having a burst blood vessel over 1 lb is overkill.
Tripping out over 2-4 lbs?
5-10?
10-15?
At what point does it tip over from The Crazy to The Rational?

Right now my reflection is telling me that these pounds are making a noticeable difference in my appearance. Everything from my hips to face seems fuller to me and I don't really like it. Just being honest about what it is I'm feeling right now *shoulder shrug* It very well could be The Crazy, but it very well could be the case that I am bigger. The scale says I'm bigger. My eyes say I'm bigger. I mean, does Elvis himself have to swoop down from Heaven in his powder blue cadillac and slap me in the mouth with a peanut butter and banana sandwich before its true? I'm scared of ghosts anyway...even bedazzled jumpuit wearing ones. I got two outta three.
My eyes lie, but the don't always lie. They weren't lying when I busting up outta New York and company and heading  to Lane Bryant. They weren't lying when I went from 18's into a whole new size bracket. They weren't lying then, so why do they have to always be lying now?

Email ThisBlogThis!Share to TwitterShare to FacebookShare to Pinterest
Labels: atkins, beef, dieting but not losing, emotions, fat day, feelings, frustrated, high protein, low carb, my scale has a name and I call her bessie, no weight loss, rollercoaster


Confession time: I'm out of my comfort zone. My weight is higher than I'd like it to be. It's part Scarlet Crusade, part not drinking enough water, and part too much partying. And for the record, drinking wine with your eyes closed doesn't make it calorie free. Closing your eyes, is however, a great way to make lots of other things guilt free. Seriously though, I don't regret any of the fun that I had this past week, but I know that its time to check myself.

Sooo in the spirit of checking myself and in honor of the first Monday in the new year, I decided to forgo my usual breakfast of Wild Irish Rose hot chocolate topped with aerosol buttercream ( it's shake-like enough to pass) and do my liver a favor. While he is a grouch and doesn't appreciate a single thing that I do for him, my taste buds and Sleevie Wonder were muy grateful! 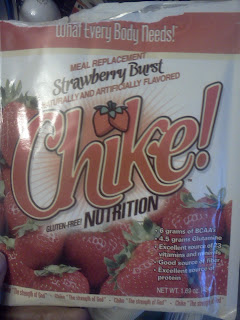 I think that I have found my favorite powered protein supplement. The nutrition stats are great.

Because you only mix it with 7 ounces of water, this would be perfect for new post ops who have a very limited stomach capacity.

I've had powdered shakes and some RTD shakes that tasted like they had cement as one of the ingredients. Chike, however, had absolutely no grit at all. It was rich with a nice mouthfeel and even the non-wlsers in the household really liked the taste.
There was a really nice strawberry kick (I think one of my toofs might be loose). There is nothing puny about the flavor in this ridiculously great shake and Strawberry Burst is indeed a suitable name. It's an ass kicking powerhouse, so you better take notes other companies and step up ya game!