It is once again the month of Ramadan. For those of you not familiar with Ramadan it is the ninth month of the Islamic calendar during which strict fasting is observed from sunrise to sunset.
As I stated in one of my Ramadan posts last year, I am not a Muslim, but I respect Muhammad as a true prophet of God and I think that fasting, when done with the right intentions, can be very beneficial. Besides, there can't be anything wrong with it if all three of the biggest religions prescribe fasting. I'm sure my parents would think I was crazy though.

BUT, I don't really feel like waxing spiritual or philosphical, just respect the fact that I believe what I believe.

Honestly, I'm too worn out to really go into any sort of deep or profound dialogue. The fast has been extremely hard this year. I'm not really complaining, just talking about what some of the challenges are and what some of the specific post wls challenges are.
I think the biggest factor is that Ramadan is now in the summer; it doesn't occur in a specific Gregorian calendar month and the dates vary from year to year. Ramadan is always on the same day of the Islamic calendar. Since the Gregorian calendar is a solar calendar and the Islamic calendar is a lunar calendar, the difference means Ramadan moves (up) in the Gregorian calendar approximately 11 days every year.
In 2013 it will be from the 9th of July until the 7th of August
In 2014 it will be from the 28th of June until the 27th of July
and so and and so forth
There won't be a reprieve any time soon.

Last night, I broke my fast with a cheeseburger topped with roasted corn and guacamole. My mouth was watering at the sight of it and the anticipation damn near killed me. Eyes half glazed over from delirium, I took a bite....and then another bite......and then
I. Was. Done.
I wanted to eat more, but I couldn't. It just was not possible.
I almost felt like crying. 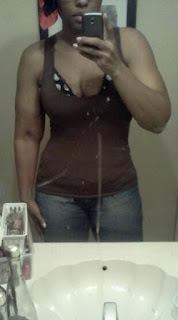 I can't eat too late because of my acid reflux, and then there is the timing issue with foods and liquids, so I don't have a very big window in which I can eat. Should I wake up to have suhoor before sunrise, I better stay awake cause as soon as I fall asleep with a full belly of food there will be a code red, choking and regurgitating situation going on. Having food coming out of your nose while you're sleeping is almost as much fun as.....hell, it's not really fun at all..
So I really gotta get in as much calorie dense food as possible. Now is not the time for me to be filling up on fruits and vegetables or boneless skinless anything. I need full fat meat, olives, butter, avocado, peanut butter, spoonfuls of buttercream icing. Because that brings me to my next point.... 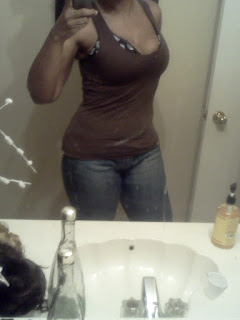 Weight loss. I'm losing a fair amount of weight and I can see it both in my clothes and out. I feel it. Though not reflected on the scale, this is the smallest I've been since my wls. I have to  readjust the adjust-a-button that is already in the jeans I'm wearing today. My button needs to be right up flush to the belt loop. These jeans have never fit like this and honestly, I think I look good. BUT, I'm only about a week and a half into this thing and I'm not done fasting until August 18th. I don't want to lose too much weight.
I'm not really worried too much about my body, I just don't want my face to start looking haggard. Though if it did, it would be of little consequence to you cause as far as you know I don't have a head OR a face. But, I've seen what too much weight loss looks like. I see it on the message boards, on facebook and I've even seen it in the faces of some of my friends. Nobody ever tells you that you look old in the face. *Raising my hand cause I'm guilty of it, too*

But, this has dragged on long enough and it is almost time for iftar, the evening meal which breaks the fast, so I gotta get running. 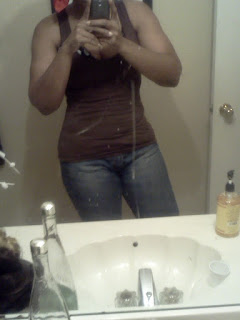 Give me the strength.