I got a coupon code for a big discount on your ticket to this event- WWoman12!

I'm feeling a little better and looking at attending some of the upcoming conferences next month. I REALLY, REALLY, REALLY want to go to the Obesity Help event in Atlanta.

I went to my first OH event in New Orleans last year and I met some really incredible people and had a hell of a time while doing it. While I understand sometimes the women on the boards can get a little catty, the people behind the scenes who actually run OH are a really great bunch. Kim Gyurina, the events manager there, was one of the people who reached out to me when my mom passed. You do not forget something like that. Staff member Rusty Martinez is warm, and funny, and a RIOT. We gave Bourbon St. hell and have the pictures to prove it. They aren't hard to find if you know where to look :))

The agenda is informative and jam packed with events like

Companies like Premier Protein (y'all know I love them!), New Whey, Bariatric Advantage, Celebrate, and BJ's Bariatrics will be there

My ticket to the event is covered, my lodging is arranged, but what I need is a plane ticket from DFW to ATL. If any of you have any plane ticket procuring skills, are having an affair with a pilot, or just filthy rich please contact me so I can get there. I really, really, really, really wanna go!!!!
I'm also looking at ad placement on the blog, my booty, and any other legal forms of advertising and promotion for corporate sponsorship. Get me there! If you're roadtripping it and swing through Dallas, let me know. Contact me at waningwoman@gmail.com so that we can figure out the specifics.

When you do buy your ticket, make sure you use the coupon code WWoman12 for a serious discount.

I wanted my mother to die


I've been sitting on this post for a very long time and I'm not sure how to finish it. I'm going to add what I can and publish it though.


The Thing of Which I Will Not Speak is no longer in my life.

It is resolved.
It is over and done.
It should be cause for celebration because it is dead and gone.....

But so is my mama.

Cancer that kept popping up like a sinister Wack-a-Mole game, The Thing if Which I Will Not Speak, took her away from me yesterday morning.


Earlier in the week as she got weaker and weaker and her moments of willing response began to wane, it was clear that ventilator or not, she wasn't long for this world. But there were hopeful signs, edema going down, responding to our conversations by blinking, and on some days the optimism would begin to build a little.
When you ask a caregiver how they are doing and they say "Fine," voice full of cheery enthusiasm and certainty you want to believe it, need to believe it.
You rationalize in your head. "They would never give occupational therapy to a dying person."
One doctor had the courage to tell weakly say "That you need to make a decision" but they don't really tell you what that decision means. Why do I have to make a decision? If I'm hearing that my mother is doing "Fine" why do I have to make a decision?! What are you not telling me?!? But somewhere inside you know what they're not telling you but as long as nobody speaks it, you can keep that little spark of promise.......

9/12/12....and you keep it until you see it for yourself. I wanted her to get better, but I also wanted her to get worse.
I wanted my mother die.
I didn't want to be a part in making a decision.
I thought that it would have been easier for us to come into the room one day and her heart had just given out.
It would be more tolerable for her to go to sleep and never wake back up again.
I didn't know that making a decision would give me one of the most profound moments of my life.

She'd been mostly unresponsive after intubation and even after they removed her propofol, a sedative, she still wasn't responding. I told myself that she was just tired and of course her caregivers offered no explanation other than "We don't know why she won't wake up." She wasn't waking up because she was dying. The day that my Daddy has to sign the paperwork to extubate her, I knew she was dying. Her feet were getting cold, her cath bag contents were very dark and cloudy. Every system in her body was shutting down. We called everybody. They removed her from the ventilator.

Surrounded by all of her sisters and brothers, children, grandchildren, nieces and nephews with the last little bit of strength that she had, she opened her eyes. During her last hour or so of meaningful wakefulness, every single person came to her bedside told her how much they loved her and with her eyes, she did the same. Slack jawed, her face a little contorted from lying on one side, she flashed the most beautiful smile I'd ever seen as she tried to mouth the words "I love you". One by one we said our goodbyes and just a little after that she closed her eyes and lapsed back into a state of semiconciousness.

Peacefully and as and beautiful as ever, she passed into the next world just 14 hours later.

I might not be around as much as I try to sort through all of my feelings and figure out how to live without her, but keep me in your thoughts. You are never far away from mine. 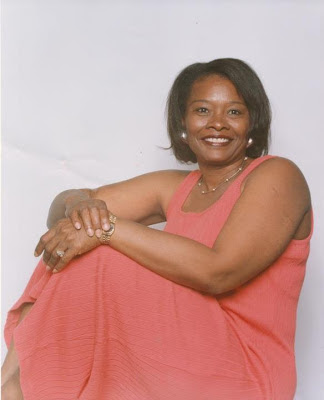