I didn't go to my first post-surgical support group until more than a year after my vertical sleeve gastrectomy. In all honesty though, I don't necessarily know if you need to have an extensive support network when the weight loss is easy. I know I didn't, but now that I think about it, I have a totally different experience than a lot of others, and that may explain my own personal need. Your mileage may vary. This blog post is totally going somewhere else than my original intention of talking about support groups and it is starting now.

I wasn't fat my whole life. My weight problems started with my son't pregnancy and they just spiraled out of control after that. I was fat for a few years, but even that was just too much for me
After bariatric surgery, were no sudden adjustments to seeing myself as I never did before. The size that I am now, I've been this size before.
There was no sudden adjustment to people treating me differently ( opening doors or offering to buy cars drinks, etc). I have dealt with all of this before. It wasn't uncomfortable.
Catty stares?....... That's nothing
"Oh she thinks she's all of that."......Try better
Getting "hated" on.......I keep my hater blockers in my pocket. That don't faze me!
On the contrary, the extra weight I was carrying was foreign to me. Being trapped in a body which had formerly granted me the freedom to do whatever the hell I wanted was depressing. I never wanted to leave the house.
Being invisible, a nobody, a nothing is painful, but not being seen is better than being judged.

Once I had weight loss surgery, I was the new "old me". Back to being exactly who I was.

But if a weight loss surgery patient has been fat most of their life there is no new "old" me to go back to. It isn't familiar territory.
Just new "new" me.

I cannot imagine what that must be like and I cannot imagine doing that on my own. It's probably as dramatic as being Black your while life and then walking out of the hospital as White. I'm not kidding when I say I think it is that dramatic. I would need a lot of hand holding, a lot of shoulders to cry on, and a lot of people telling me that it would be ok.

I can see myself wanting to go back to the old me, because that's all I would know. Damn, this blog post is really making me understand other's motivations, thoughts, reasons. Right up until this very moment, I never understood self sabotaging behaviors.
It is better to be smaller, isn't it? Why would anybody want to go back to being fat?

I can't judge her anymore than she can judge me.
I can't judge the woman who goes back to her abusive husband.
I am no better than anybody else. I've said it my whole life, but understanding it, having the fucking light bulb light up and come crashing down on your head, it is emotional.
I can't judge and if it has ever felt like I have. I apologize to you.
I apologize for the people who have judged you.
Let's just hold one another up.

I have a wonderful group of people who do exactly that for me. My Dallas area support group, After the Cut. We don't just focus on life after weight loss surgery, but life in and of itself. We are doing 5ks, Rangers games, boxing classes, and delicious Opian foods lunches. Find time on the 2nd and 4th Saturdays of each month to come out and join us. I would love to see you there.

Well, I am OFFICIALLY going to the OAC (Obesity Action Coalition) conference in Phoenix next month.

AAAAAND, you know I can't go anywhere without bringing the shebang.....cause ya girl, she bangs!

I figured I'd do a WWWW (Waning Woman Wordless Wednesday) post and show you some of the shoes that I picked up today from Fredericks of Hollywood for next to nothing.

Oh yeah, I'm back in Onderland.. Ramadan 2013 in effect. I'll blog about that really soon. 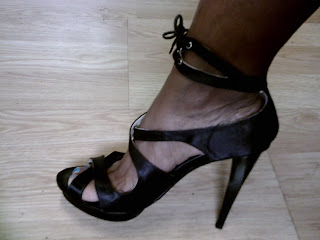 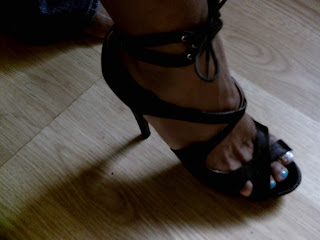 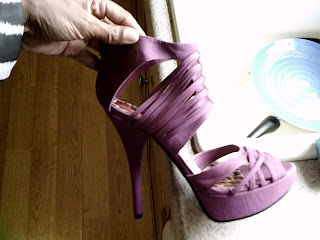 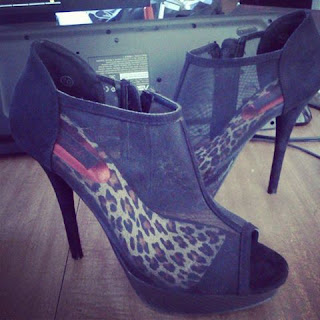